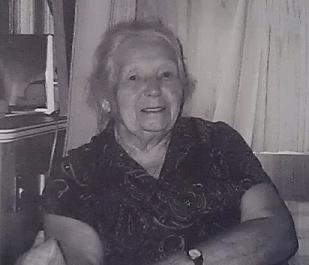 Originally born in Denmark, Else Christensen (nee Ochsner) was one of the leading figures in the modern Asastu movement. As a young woman, she left her hometown of Esbjerg in favor of Copenhagen. It was during her time in Copenhagen that Else awoke to the ideas of National Socialism in the midst of right-wing and left-wing radical struggles. She met and married Aage Alex Christensen, and together they were members of the Danish Workers Party.

Both she and her husband were imprisoned after the German invasion of Denmark in 1940 for their involvement with elements of the National Workers Party. After their release from prison Else and her husband emigrated to Canada, via England.

Even from Canada, Else continued to nurture her desire to find a place for her own people. It was during this time, while she was reaching out to far-right activists across North America that she first discovered Odinism in a pamphlet titled Call of Our Ancient Nordic Religion, by Alexander Rud Mills. This was the beginning of Else’s dedication to the revival of the worship of the Norse Gods. Her understanding of our relationship with the Gods was heavily influenced by the idea that the Gods were encoded in the collective unconscious of the Aryan race.

In 1969 Else Christensen founded the Odinist Fellowship. Until her death in 2005, Else worked tirelessly for her folk, spreading the word of our faith and our Gods to all who would listen. She founded a prison outreach program that proved to be instrumental to many men. She wrote and published many publications. Her efforts saw her recognized as the Folk- Mother to Asatruar everywhere.

We don’t always know where our stories end. We can’t always see the ramifications of our thoughts when put into action. Else was just one single woman. She was a woman who believed in unpopular ideas in a time when those ideas were definitively unpopular. Despite being imprisoned for those beliefs she did not give up.

Our current times are, in many ways, similar to the ones that Else dealt with. They are turbulent and wrought with anger on all sides. We stand at the precipice of a new world, but we have no way of knowing which way the tides will turn. Else didn’t turn and run. She stood and faced the future. In doing so she became one of the most important women in the Asatru movement to date.

When things are hard, when public opinion would have you conform, just remember. Your story hasn’t reached its end yet, and only you can control the direction the story takes.