On this second day of Yule, our minds turn to Justice. In this wolf age that surrounds us, the sickness of forced “equality” is used as a cudgel against accomplishment and beauty. In the AFA, we know that no one, and nothing, is equal. All are different, all are unique. Worth and accomplishment, or lack thereof, earn different rewards. The ability to become more than we are offers hope and incentivizes great deeds. Let us treat our fellows as men and not as numbers. Let us celebrate the hero and scorn the villain. In our own lives, and in our spheres, let us be Just and seek Justice in the world we are creating. As we celebrate, let us think with love and compassion on our brothers and sisters facing colossal injustice in South Africa because of our shared blood and ancestors. We see, we know, and we care.

Today we celebrate the first day of Yule. Each day we will share the Twelve Days of Yule videos from our founder, Steve McNallen. These videos are a holiday tradition that we have all grown to love and look forward to over the years. Each day is focused on a special theme and the first is Industriousness. The AFA has accomplished so much over the last 12 months, the growth and the success is astonishing. The development and victories of our AFA Kindreds is beyond what any could have imagined. The evolution and refinement of our individual members has been an inspiration to us all. These accomplishments are the result of blood, sweat and tears. These accomplishments are a testament to Industriousness. Thank you to every member of our AFA family for your hard work and dedication. A special thanks the the volunteers, the Folkbuilders and the Gothar for all the time and effort that you all put in to make our church worthy of our noble Folk and our holy Gods. Your Industriousness is much appreciated. 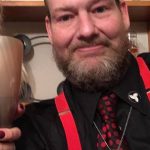 We are proud to announce Folkbuilder Jason Gallagher is now our AFA Kindred Coordinator. Jason and his kindred, Northern Blood Kindred, are leading the way and top notch folks all around. We look forward to the continued growth ans success of the Kindred Program under Jason’s leadership. Please contact Jason if you are interested in taking part in the AFA Kindred Program or if you are looking for an AFA Kindred in near you.

Hail Jason Gallagher!
Hail the our Kindreds!
Hail the AFA!

Day of Remembrance For Egil Skallagrimsson 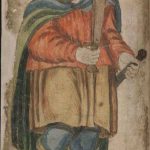 Egil Skallagrimsson, son of Skall-Grim and Bera, came from a long line of shape shifters (possibly Ulfhednar). From a young age Egil demonstrated a spirit of intense passion; even at a young age Egil’s passionate nature disposed him to bouts of violence and fits that equated to a berserker’s rage. From early on in Egil’s life he demonstrated the aptitude of a warrior and a poet. At the age of 7, Egil, feeling cheated during a contest, went home and returned with an axe that he placed in the skull of the offending boy. Although a farmer by trade, Egil had gained much fame as a viking during raids. Throughout Egil’s saga he is depicted as having a pattern of outbursts in which he rights wrongs he felt were committed against him.

Egil is also depicted in the sagas as an adept master of the runes, In one tale Egil had scratched a rune on a horn suspecting it had been bewitched or poisoned, causing it to erupt. Having thus confirmed his suspicion he lashed out at his ill-willed host killing him and several others who had pursued him. This murder and the slaying of his pursuers put him in ill standing with king Erik Bloodaxe and his wife, queen Gunnhild, the witch who had cursed Egil’s horn that night. Egil demonstrated his aptitude in rune craft again when he erected a “Nithing” pole cursing the kingdom of king Erik and queen Gunnhild.

This course of events lead to another demonstration of Egil’s talent for poetry he had began to demonstrate at age 3. Egil staved off his own execution by composing a poem so compelling and flattering of his bitter rival king Erik Bloodaxe that it stayed his hand in Egil’s execution and compelled Erik to grant Egil his freedom and give up his claim to vengeance or settlement. In contrast to the conflicts Egil confronted head on as a warrior, he was a gentle soul with a focus on family and friends. On one occasion he had used runecraft to save the life of a woman by correcting healing runes that had been carved incorrectly. This side of Egil is further demonstrated in his las great poem, where he grieves the loss of his son, showing even in his old age that family was still his dearest and highest priority.

Yule approaches, be it family by blood, or adopted AFA family, lets take time to put our families first. Take a moment to step back and reflect on the values and the unbroken love of our Folk that your ancestors shared, making your life and existence possible today. Be the warrior when need be for your ancestors and folk and a hero to your descendants. Live your life in such a manner that whether you are a humble farmer or a great warrior, your deeds will one day be worthy of a saga in your own right! 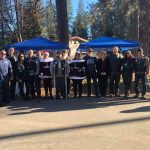 Today the Viking Brotherhood and Asatru Folk Assembly represented at the Nevada City Toy Run. Our members not only participated in the ride (and gifting of toys to children in need) we also ran a booth serving Tri-Tip Sandwiches and Josies Famous Coffee Cake. Our proceeds go directly towards paying off the Hof!! Thank you to our Doers who spent much time preparing, setting up our booth, serving and interacting with the community. Hail the Gods!!! Hail the Folk!!! Hail the AFA!!! And a very special Hail to the Viking Brotherhood!!!!!

I would like to thank everyone for their generous donations to help us pay off Óðinshof. Support, moral and financial from our AFA family is making this a reality and allowing us to move forward with our mission. We are 2 months in and, as of now, we have raises $10,881.53. We have one month left on this fundraiser and we are confident and excited to be victorious. Thank you to all who have given and thank you in advance to all those who will give in the future, you are all much appreciated.