AFA Ostara in the South 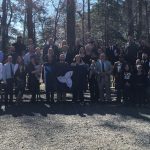 Ostara in the South was a tremendous success! I just wanted to take a moment to thank all the AFA members and families that came out and celebrated with us. I also wanted to thank all the volunteers that helped the event run smoothly and successfully. Last but not least, I want to thank Paul and Kelly Hester for hosting this event and making us all feel so at home. If you did not make it this year, make plans early and join us next Spring… you will NOT be disappointed. 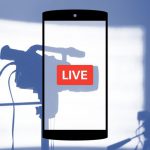 On Thursday April 4th I will be doing our third Facebook Live Q&A session. I hope you all are enjoying these as much as I am. There are a lot of exciting things to talk about. If you ask a question and I don’t see it during the live broadcast, no worries, I will go back and attempt to address all questions in the days following. I am looking forward to talking to my AFA Family. Tune in at 6 PM Pacific. 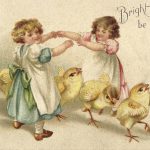 On today, the Vernal Equinox, the Asatru Folk Assembly would like to wish all our Folk a bright and blessed Ostara. Ostara is a triumphant time. Named after the great Goddess of the dawn and of Spring, Ostara is the time that life and vitality return after the long winter. As our people always have done, so the dawn rolls from out of the east, conquering all before her. Light banishes darkness from the face of the land and clothes the barren and the desolate with beauty and abundance. Wherever we go, whatever we do, let us spread beauty, life, and vibrant abundance. This Goddess and her holy tide are so important to our Folk that her name has never left our lips and her symbols are still vibrant and alive, the hair, the lamb, the chick. Just like the dawn and the Spring, Ostara is unstoppable and irresistible. Ostara’s blessings to you and yours from the AFA! 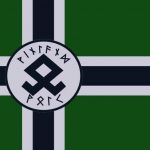 Today it is my honor to announce and welcome home The Vinland Volk Kindred of Vancouver ,British Columbia,Canada as an official kindred of the Asatru Folk Assembly. Gaining AFA affiliation is not an easy task.Kindreds must exemplify dedication, steadfastness and loyalty. They are the first AFA Kindred in North Vinland and have planted a seed that will sprout and blossom. These folks are very driven and active in their home area. It is beautiful to see our community grow and spread through out Midgard.Our children now have a future and are being raised in the ways of our Noble Ancestors.

Hail the Vinland Volk Kindred!
Hail the Kindreds of the AFA!
Hail the Asatru Folk Assembly!!! 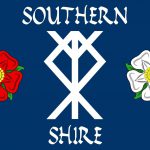 Today it is my honor to announce and welcome home The Southern Shire Kindred of South Carolina as an official kindred of the Asatru Folk Assembly. Gaining AFA affiliation is not an easy task. Kindreds must exemplify dedication, steadfastness and loyalty.It is beautiful to see our community grow and spread through out Midgard. Our children will have a future and be raised in the ways of our Noble Ancestors. Thank you for stepping up and building a foundation for our Folkish families and communities to grow.

Hail The Southern Shire Kindred!
Hail the Kindreds of the AFA!
Hail the Asatru Folk Assembly!!!

DAY OF REMEMBRANCE FOR OLVER OF EGGJA (Oliver the Martyr) 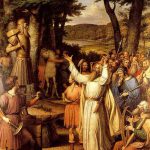 It is on this day, March 9th, that we hold vigil in honor of the noble life of Oliver, his fellow Gothar, and congregants, whose lives were taken through cowardly treachery simply for wanting to hold strong to the faith of their forefathers, and rejecting the faith of Christianity that was spreading like a plague through all of Northern Europe.

In the year 1021, in the waxing tide of the coming Ostara celebrations; Oliver and eleven other Gothar, who had been organizing traditional feasts despite the decrees of its criminality, by the self-proclaimed King Olaf II, were beginning to make preparations for the Spring time sacrifices. The Folk of the interior of Trondheim region were to gather in the great hall at the village of Maerin.

Oliver was a bountiful farmer and the trusted head of a great family in the region. He had already managed, with sway and clever countenance, to diffuse two different court inquiries by “King” Olaf the Fat, who was bound and determined to wreak havoc on all his fellow countrymen that held troth to the Elder Gods.

Olaf the Fat’s appointed bailiff of the region, a man named Thoralde was summoned and with promise that his life and his family spared he revealed to Olaf the happenings within Trondheim and to coming celebrations that were soon to be held.

With that wretches confession, Olaf the Fat gathered a dastardly force of 300 men to descend upon the small village of Maerin’s great hall under the cover of darkness. Oliver of Eggja farm was captured there and ordered to be executed on sight. Many fought, or fled, and many were slain. Olaf the Fat stole all the provisions that were gathered for the feasts and pilfered all the Folk’s clothing, furniture, valuables and divided among his craven throng of followers.

It takes Folk of great devotion to the love and troth of the Gods of our people, like Oliver and his fellow congregants, to gather in tradition just as their forefathers. Even under the ever growing shadow of the perfidious King OLaf II.

We stand to take deep council in your tale Oliver the true martyr of Maerin. For your duty and devotion to tradition and piety and troth to the holiest Gods and Goddesses of our Folk! May your name forever be spoken with might and reverence.

Hail the Gods and Goddesses!
Hail the Ancestors!
Hail Oliver of Eggja!
Hail the Folk!
Hail the AFA! 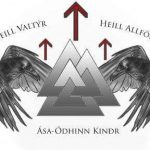 Today it is my honor to announce and welcome home The Asa-Odhinn Kindred of Italy as an official kindred of the Asatru Folk Assembly. Gaining AFA affiliation is not an easy task. Kindreds must exemplify dedication, steadfastness and loyalty. All across Europe our folk are coming home and gathering together and building community and becoming family. It is beautiful to see our community grow and spread through out Midgard.Our children now have a future and and are being raised in the ways of our Noble Ancestors.

Hail the Asa-Odhinn Kindred Hail the Kindreds of the AFA!
Hail the Asatru Folk Assembly!!!

Why do I Encourage Our Folk To Join the AFA? 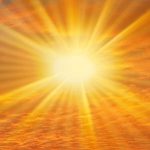 ” Why do I encourage our folk to join the AFA?

Do you realize how powerful a group becomes when joined and united under one banner?
Right now, we are the largest genuine folkish Asatru group out there and we are steadily growing.
We are spreading our light and our love globally!
Our folk are coming home and instead of worrying about whose in charge of what or whose name is in the spotlight, we are dropping our egos and taking back the pride we have for our roots, our folk, and our faith!

I encourage people to join us because the more we get involved together, support each other financially together, and create goals together, even while we are far apart.. the stronger and more connected we become and this is why OUR future is bright! “