Winter Nights in the Poconos 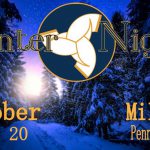 Registration is open. Go to https://winternights2019.eventbrite.com/ to reserve your spot today!

The eighth annual Winter Nights in the Poconos will be held in Milford, Pennsylvania from October 18 – 20!  Since 2012, this long running AFA festival has been dedicated to our ancestral mothers, the Disir.  When the harvest is in, the summer plants have died off, and the winter is quickly approaching the veil between the living and dead is said to be at its thinnest.  Again, we will gather to worship our Gods, our Goddesses, and our Ancestral Mothers in the crisp air of mountains as winter sets in. We build upon the success of the Asatru Folk Assembly here in the Northeast by making new friends and renewing old friendships. We look forward to seeing members and friends!

Your registration fee includes all workshops, lectures, meals, cabin lodging, and of course our holy rituals. Only AFA members and vouched-for-guests will be admitted to this event. If you are not an AFA Member you should confirm with the member who is vouching for you that they will do so when asked about your registration.

If you have any questions or concerns please email [email protected] 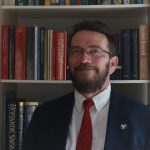 The AFA is proud to announce Lane Ashby of Florida as our newest Apprentice Folkbuilder for the Deep South region. Lane has been actively hosting rune studies and we are very excited to see the work he will do to grow and organize our AFA family in his area.

Day of Remembrance for King Radbod 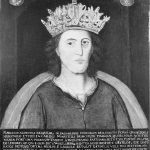 Radbod was king of Frisia from 680 to 719 CE. Most of us in Asatru are well aware of his story. He is famous for saying that he would rather burn in hell for eternity with his ancestors than go to heaven with his enemies. This is a stance that many of us in the reawakening feel a connection with, and earns him our admiration. He drew a line in the sand and took a stand for his folk and his faith.While such displays of heroism are excellent examples of courage to guide us in our quest to reconnect to our ancestral heritage in the face of adversity. I would like to examine Radbod’s deeds from another angle, that of intellect.

In much of the academic and Christian world, our Asatru ancestors are often depicted as savage barbarians.They are painted as mindless primitives who love little more than plunder and violence. However, a more thorough examination of historical figures such as Radbod reveals the possession of sound faculties such as perception, logic and reason.

At this period in history Christianity was not so much concerned with the salvation of men’s souls as it was keeping the minds of the conquered in a state of submission. Early medieval Christianity was a secular political tool that masqueraded as a religion. With the uneducated, it dominated through their fear of the unknown. With the more enlightened, it seduced with greed and political ambition. Radbod was obviously the latter, and not the former.

Radbod was well aware that the attempts to convert him had nothing to do with his personal salvation, or the salvation of his people. The religion of his heritage had served his people quite well since time immemorial. The only motive to convert him had to be the acquisition of his loyalty to a power structure hiding behind a mask divine authority. Radbod saw Christianity for what it was, and proudly took a stand for his people.

Aside from courage in the face of adversity, I believe that Radbod can also teach us to recognize our adversaries for what they are. Most who would manipulate us present themselves as something other than what they are. They hide behind masks of righteousness, compassion, prosperity, and power. But in the end, it is the price they ask that reveals their true nature.

Thorbjorg, “the little witch” or as I prefer to use the Norse word, Spakoa, as that does not carry the Christian baggage of witch.

This was a time of the Conversion and even in remote Greenland the Christian Church had made it’s presence known, so there were those that held to our Elder Way and those that had come to accept the White Kriest. This is an interesting story of one such encounter.

It was a time of famine, crops had failed In the Fall, the hunters were also not doing well and some hunters did not return home.

One of the more prosperous farmers, Thorkell thought it his duty to call for a Wise Woman to give counsel. So, he used his farmstead as a place to hold a gathering and dinner for guests from other farmsteads. He and others wanted to know if this famine would persist and how fare the next year.

As the custom of one respected. the High Seat in his hall. was set for the Seereeses arrival, men were sent to escort her to Thorkell’s home. On the High Seat was placed pillows filled with hens feathers and decorated. The Seeress was one sister of nine and she was but the last one alive. She was met and treated as an honored guest. She spoke little if any. She was dressed in a dark blue mantle, tied at the neck, it was decorated with stones from top to bottom, around her neck she wore glass pearls and on her head was a black hood made out of lams fur, dressed on the inside with white cat’s fur, in her hand she held a wand with a steel knob at the end and surrounded with stones. She wore a belt with a large pouch attached, in which held magical equipment, (if from what was found on the Oseborg Ship, a burial of two women of renown, that pouch of one woman held cannabis seed, and amulets), the ship burial shows the importance of women that were, Spakona,(wisdom of the wise woman, that speaks).

The meal that Torkell had prepared was of a porrage of goats milk, and the hearts from all kinds of animals of the farm. After the meal, Thorkell asked, “how she liked the house and customs of the farm. She said she could not say until she spent the night.

At dawn she was given her things she had brought with her and asked if the women present knew of the words of the old songs, so that the spell called (Vardlokur,vard=ward,guardian spirit, lokur= to invoke or call), there were no such women that remembered that were present. So, a call was sent for anyone that knew the old songs, and then Gudrid said, ‘I am not versed in magic, or a wise woman but my foster mother, Halldis taugh me on Iceland a song that call the spirits. However, I am a Christian and I care not to help.’ Then Thorbjorg said,’ maybe you can help the people, you will not be the worse for doing it.” So Gudrid consented to help. Then the women held hands around the platform upon which stood the High Seat as Gudrid sang the spell song, so beautify that none thought they had heard it done so well.

Now the Seeress said, “I see many things that before were hidden from me and others. To you Thorkell, this famine will end and not last past this present winter, plague, that has ridden us will pass swiftly, faster than though possible. Gudrid, ‘I shall reward you immediately for the hep you have offered. As for your destiny, you will have the best marriage here in Greenland but it will not last to long, for your path is destined for Iceland and from which will be born a clan that is great and good. Over your descendants brighter rays are shinning that I have the power to see clearly. Farewell and be whole daughter.

In the Norse concept the meaning of the word, whole relates to the concept of the body, mind and spirit being well, healthy, as the word holy or Helga Old Norse.

Conclusion; With just this one story about a far flung out post of a European colony at the time of the Conversion shows how Our Ancient Way influenced the worth and dignity of women and the respect shown to people of exceptional ability be it farmer, priest and warrior.